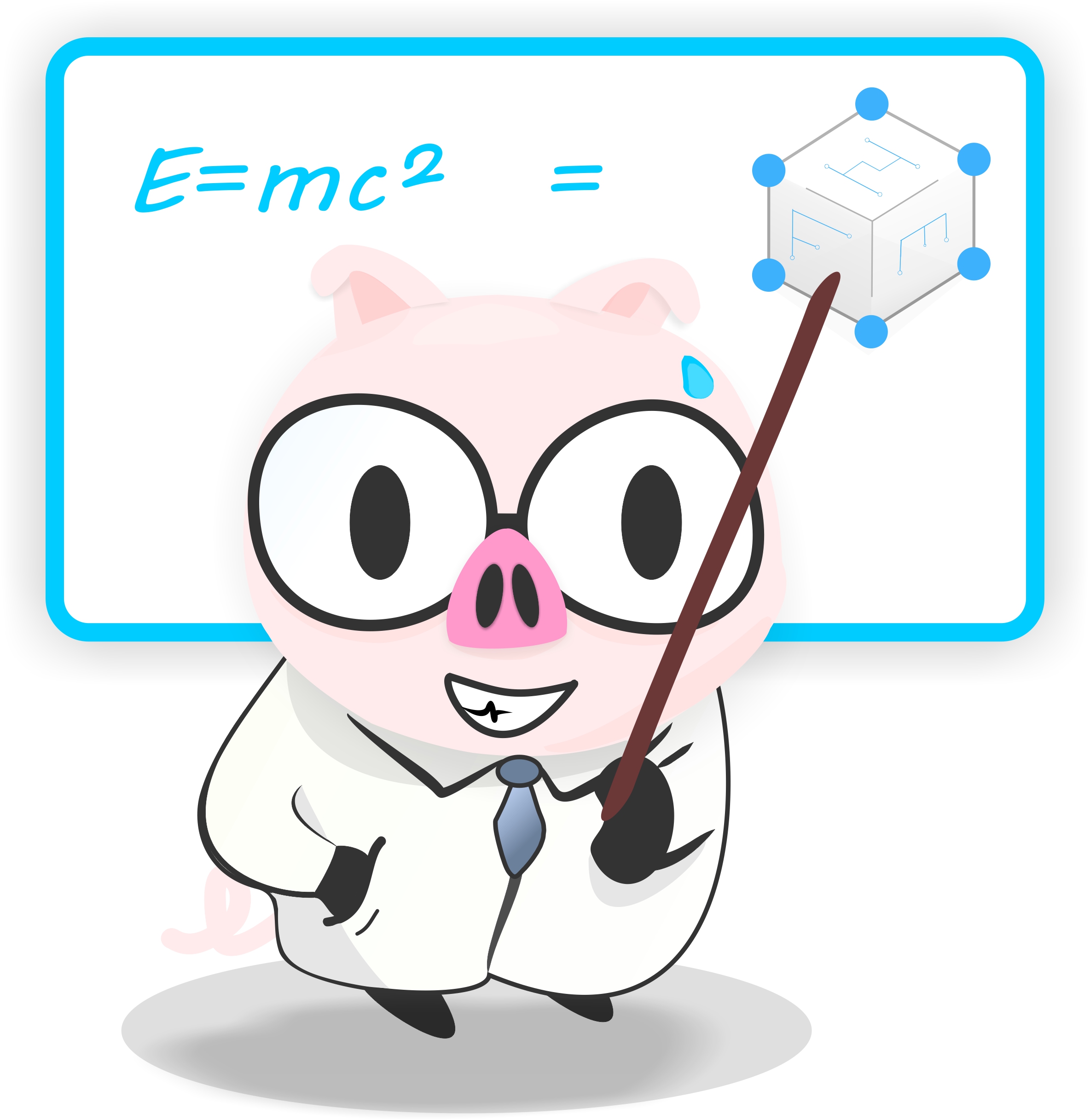 Fintech Horizons was founded by veteran journalists. We cover startups in insurtech, payments, alternative lending, capital markets and blockchain/distributed ledger. Our articles highlight company technology, people, competition, and fundraising, while also looking at how a company was founded.

Our journalists get information by directly calling executives, sources and industry professionals and by attending industry events where they conduct in-person interviews. In other words, we get our information “Straight from the Horse’s Mouth."

See a few examples of the many articles that gave readers key details on a company’s corporate strategy months in advance by reading the FHM Predictions document.

SalaryFits, a platform which connects employees and FIs through employer payroll systems, is planning to start targeting the US market in 2020, CEO Délber Lage told this news service.

The company was largely self-funded until it raised $6m in October from a Brazil-based private equity firm which is a minority-stake shareholder, the CEO said.

In June, Lage told this news service it was planning to raise capital. At the time of the report, SalaryFits had been self-funded by ZetraSoft (Zetra), its Brazil-based parent, according to Lage.

In 12 to 18 months, SalaryFits anticipates raising another $20m-$25m in a “growth stage” round ideally from a US-based private equity firm, Lage said for this report.

SalaryFits will start targeting the US market in 2020, but US expansion will require more capital, he said.

The company is operating profitably, and is live in Brazil, Mexico, Portugal, Italy, the UK and India. It has a strong track record in Brazil and Mexico, but is earlier-stage in Europe and India, he said.

In the near-term, the company will be using capital from its last raise, to bolster its operations in  Europe and India. It then will look to raise a larger round to improve its existing market positions and to fund expansion into the US.

Eventually, SalaryFits is aiming to list its stock on an exchange, but it’s possible in the interim the company could be “consolidated”  by a strategic buyer. Ideally, the company would like to list in London or the US, but probably not in Brazil, Lage said.

SalaryFits is a platform that plugs into employer payroll systems, and provides financial institutions real-time data about employees, so that FIs can then provide employees more targeted products and services including loans, investments, and insurance, the CEO said.

To date, SalaryFits has had 4.5 million consumers use its platform, mostly in Brazil. Worldwide it works 80 different financial institutions, Lage said.

The company’s “main” office is in Brazil, but Lage said he works out of London, to manage SalaryFits’ international business.

Dasceq, a company that has created a SAAS platform that uses AI to streamline collections, is “definitely” interested in raising seed funding, CEO and founder Abhishek Goel told this news service.

The company would like to raise a seed round of close to $1m, the CEO said.

Dasceq was founded in August 2017 and has its headquarters in Irving, Texas. It aims to follow in the footsteps of innovative companies like GreenSky and Affirm who used personalization to transform lending, by doing the same for collections, he said.

The company’s software analyzes data from delinquent accounts to determine when, how, and with what frequency an account holder should be contacted. This could mean more or fewer phone calls and could also result in greater use of text, chat, and email, he said.

Dasceq has been bootstrapped thus far and is capital-efficient. The company has an experienced team of data scientists that are skilled at using regression analysis, AI and ML and who have worked previously for companies like Citibank. In addition, Dasceq’s platform is already on the market and is well-liked by customers. These facts, combined with its growing market traction, should make Dasceq appealing to investors, he said.

Dasceq does not plan to use an investment bank to raise its seed round, as it will likely be talking mostly with seed funds and early stage venture firms, the CEO said.

It could though work with an investment banker in six to twelve months. By then, Dasceq should be ready to start preparations for an A round and may tap an investment banker for help with its go to market strategy. The company expects to raise its A round in 12 to 18 months, he said.

The A round will be much larger than its seed round, with a likely size of $5m plus. This is because the A round will be used to scale and would only be raised once Dasceq proves its effectiveness over a larger customer base, he said.

Dasceq grew from 7 to 15 people last year and expects to grow its team from 15 to 30 following the seed raise. The company will look to hire additional support reps, software engineers, and data scientists, Goel said.

Dasceq’s primary focus within collections is prime and subprime auto, with a secondary focus on short and long-term personal installment loans.

There could be other areas of collections that make sense to consider later. Logical areas for expansion include credit cards, student lending, healthcare, government, utilities, and IRS, he said.

Dasceq’s focus is squarely on the US this year, although international expansion could be considered in 2020 as the company has already received customer inquiries from abroad, he said. The addressable market is huge, with delinquencies globally exceeding a trillion dollars, the CEO said.

Dasceq’s aim is to find “the needle in the haystack.” The company’s personalized approach to collections improves efficiency by 30% or more while increasing the amount collected by 8% or more. By using AI, the platform also continuously fine-tunes its recommendations for dealing with delinquent accounts, the CEO said.

The company’s approach differs from some in the space who claim to use AI, but who lack prior experience working with large data sets. Those in collections cannot be fooled, Goel said, as they quickly can tell if a new approach is working.

Prior to Dasceq, Goel worked as a data scientist for more than 15 years, including at GMAC, Argus, US Bank, PwC and most recently as VP of Strategic Data Solutions for Citibank.

He also was an adjunct professor at SMU and taught data analysis at the University of Texas at Dallas. He received his MS in applied economics from North Dakota State and has an MBA from West Bengal Technology University.

It would be interested in conversations with financial investors who understand the fintech, insurtech and consumer markets, Investors with experience scaling businesses while understanding regulatory hurdles would be beneficial. Additionally, strategic investors that could add value for their capital such as in distribution would be a fit, Merkel said.

Ladder was founded in 2015 and has raised $54m to date.  The company partner with Hannover Re, who handles the risk, although Ladder handles the risk assessment portion of the underwriting process through its online application, according to a prior report by this news service on Ladder from July.

Its current investors are likely to participate in the Series C round, Merkel said.

It has not determined the amount of capital it will seek for its next round. The company closed its Series B in May 2018, and Ladder still has funds in the bank, Merkel said.  The July FHM report on Ladder, which cited a source familiar with the company, said Ladder could potentially raise between $50m to $150m in a future series C.

Ladder is seeing 3X year on year growth and its next funding round will be driven by continued market expansion and further investment in its product portfolio. The B round took the company into 49 US states with New York as its final market. Further capital will be used for deeper US market penetration as well as to  consider entry into other English speaking international markets, he said.

In terms of an eventual exit, LadderLife prefers to remain independent and continue to be an innovative player within the life insurance market. An IPO could be an option and would be a “milestone” along the way, though the company still has work to do first, he added.

Merkel co-founded Ladder after leaving Google and needing to buy life insurance on his own. He discovered though, that there were no direct to consumer online platforms for purchasing life insurance as existed for the auto and health insurance markets. Mortgages, airline tickets and banking are available online, but not life insurance. Merkel, along with his co-founders, set out to change the buying process for consumers buying life insurance by co-founding LadderLife, he said.

Ladder, additionally, allows consumers to change their life insurance policies and adjust them overtime based on the customers age, family, lifestyle and financial needs, he explained. Ladder does not charge annual fees and provides counsel to customers when deciding on the type of policy to buy.


See our free and premium plans